Walmart Plus signups officially begin today, starting at $98 per year 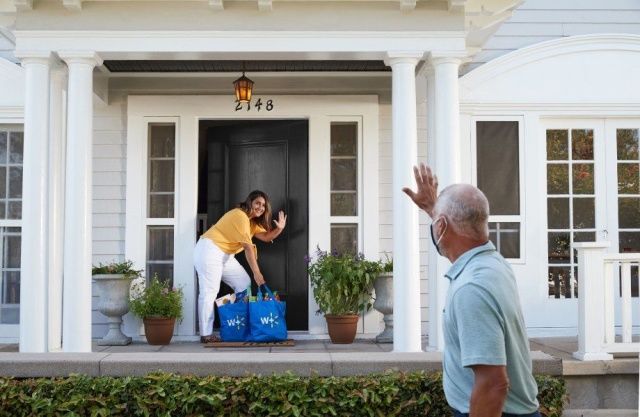 Walmart Plus signups officially begin today, starting at $98 per year –

Amazon Prime has dominated the retail subscription space for years, but Walmart’s hoping to challenge that now with Walmart Plus. Today is the official launch of Walmart’s new subscription service that’s designed to take on Amazon by providing members with perks like unlimited free delivery on many items — including groceries — in its 4,700 US stores.

But before we dive into the other features of Walmart Plus, let’s talk price. You can subscribe to Walmart Plus for $12.95 per month or $98 per year, which is slightly more affordable than Amazon Prime’s $12.99-per-month/$119-per-year price. New Walmart Plus subscribers will get a 15-day free trial of the service, but obviously, you’ll need to provide your credit card information. That might be a deal-breaker for some, but as with other services, you’re free to cancel before the trial is up if you decide Walmart Plus isn’t for you.

In addition to the unlimited free delivery, Walmart Plus also includes gas savings and mobile scan-and-go checkout. Members can save up to five cents per gallon when they fill up at Walmart, Murphy USA and Murphy Express gas stations. Mobile scan-and-go lets you checkout in stores in a mostly contactless fashion just by using the Walmart mobile app on your smartphone.

Walmart has been planning to unveil its subscription service since the beginning of this year, but the COVID-19 pandemic pushed back the original summertime launch date. The company has been ramping up efforts to compete with Amazon for years — in fact, it already provided a Delivery Unlimited service, but Walmart Plus will now essentially take its place.

Walmart’s thousands of brick-and-mortar locations put it in a better position than Amazon to serve customers who live outside big cities or densely populated suburbs. Those retail locations will be key to Walmart’s ability to fulfill new members’ free deliveries, including same-day orders, quickly and efficiently.

But Amazon Prime has a different kind of ubiquity that’s only increased since the COVID-19 pandemic began and caused many people to rely more heavily on online shopping. Prime became available in 2006, and with time and added perks, its rose in price from $79 to $119 annually. Free two-day delivery has been a mainstay for a while now and some areas in the US have free same-day delivery as well.

But Prime also has perks that have nothing to do with shipping: those who subscribe also get access to the Prime Video streaming service, limited access to Amazon Music, free books to read via Prime Reading and more. Walmart Plus may not have perks like that yet, but it’s safe to say the company will likely add more to its new service as time goes on.