This is like a nightmare of mine: I’m trying to lose a couple of pounds, then a fast-food chain develops an autonomous, roving kiosk that follows me around, wafting that cooking oil smell in my face and daring me to buy something.

That’s not quite how KFC’s roving meal ‘bots work, but they might as well. In these photos on the outskirts of Shanghai, a Twitter user reports that these unmanned vehicles were making sales outside of a train station: 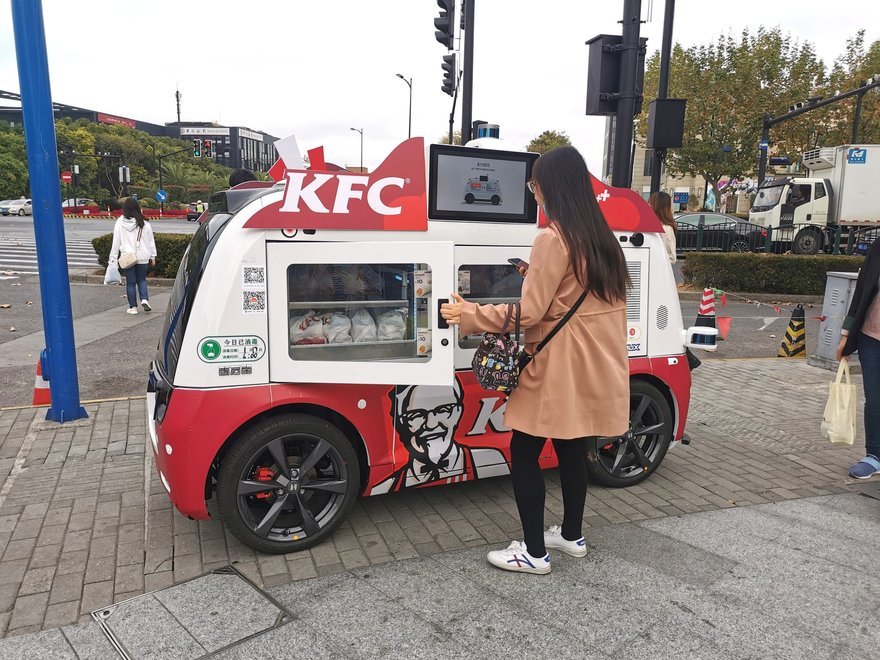 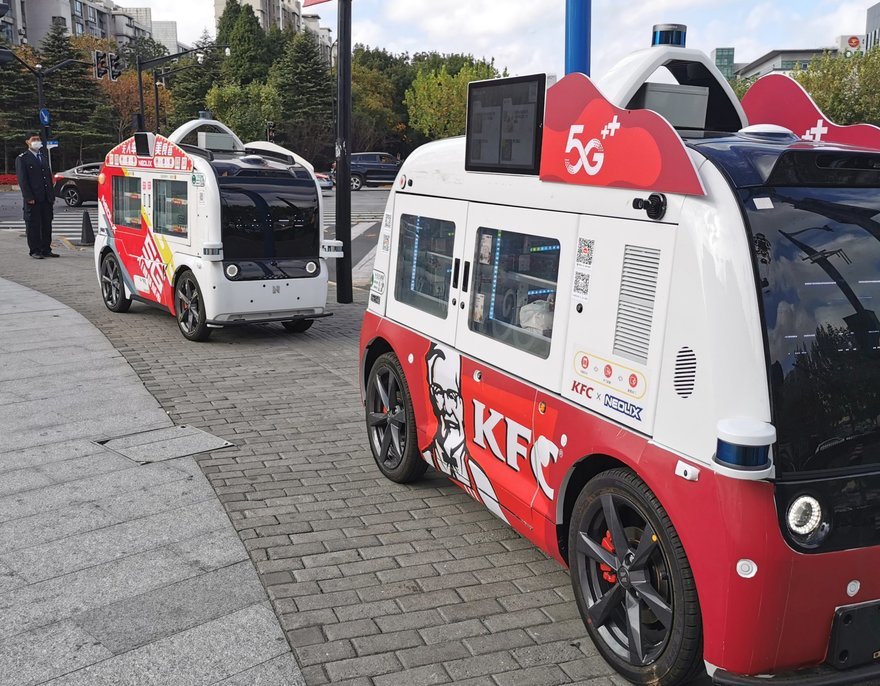 Payment is handled via QR code, and the vehicles aren’t KFC-only (you can see an alternate-vendor-branded one on the left of the photo above). They’re leased out by Neolix, the Chinese startup that produces them. Here’s the vehicle in action, and conducting transactions:

Surely it’s just a matter of time before these shift from moving fried chicken to fried end-of-day office workers.