Facebook’s recently-announced Project Aria (not to be confused with Project Ara, Google’s stalled modular smartphone project), reveals the social media giant is dipping their foot into the world of physical hardware. Starting with a pair of data-gathering eyeglasses, their end goal is to produce a wearable augmented reality device with mass appeal. Here’s what they’re envisioning:

The first step will be these chunky ‘n clunky spectacles, which they’ve designed purely to conduct research: 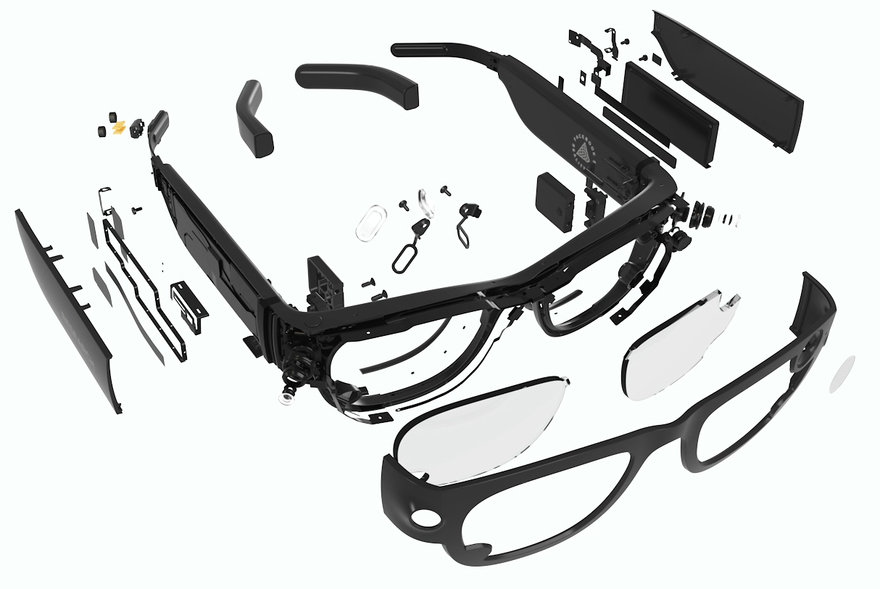 "The Project Aria glasses are not a consumer product, nor are they a prototype," the company writes. "They won’t display any information on the inside of the lens, and research participants cannot view or listen to the raw data captured by the device. As a research device, the glasses will use sensors to capture video and audio from the wearer’s point of view, as well as eye movement and location data to help our engineers and programmers figure out how AR can work in practice. The glasses will encrypt, compress, and store data until it’s uploaded to our separate, designated back-end storage systems."

To start with, this month Facebook is handing out pairs of these to "a limited group of Facebook employees and contractors" from which they can harvest data. And while the company states that "this initial dataset has to be relevant for as many people as possible" and are thus "asking people of diverse genders, heights, body types, ethnicities, and abilities to participate in the research program," I do think they’ve made one major mistake:

"The initial batch of research participants will be limited to about one hundred Facebook employees and contractors, primarily located in the San Francisco Bay Area and Seattle."

San Francisco and Seattle are both great cities. They are also not representative of the rest of the country or world, not by a long stretch. By largely confining their research to these two areas, I’m certain that a West Coast urban bias will be baked into the design of both the UI and the UX.

It’s early days yet, so I’m hoping they not only target cities in other regions, but the roughly 20% of Americans that live in rural areas. The design of our Electoral College system has had the result of giving these folks outsized political influence, and we’ve all seen what happens when they are ignored.